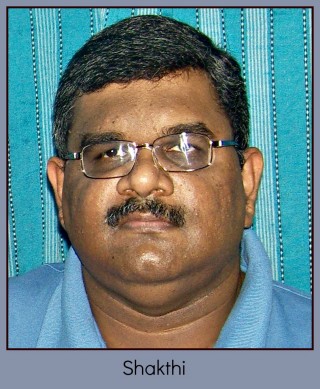 I was born and brought up in Chennai, India in a time before the internet and yes even the mobile! So I had a very fun filled and outdoorsy growing up. We actually met friends face to face and not on facebook! Imagine that! Going to school was a fun filled experience that was full of joy! We grew up walking long distances to see friends. Then the  auto-rickshaw revolution hit Chennai and the outer radius of our comfort zone expanded exponentially. We were kids that played games and not stuck on a touch screen slinging birds at pigs. We did not care about who liked and disliked what we said, ‘coz we were saying it real time and not on Fb!

Our generation kids had two career paths that were available to them, be a doctor or an engineer, these were the yardsticks of academic success. I took the latter. Wrote a series of entrance tests to almost all major Engineering Colleges in the county and finally got into one. I always fancied computers and it was also the “in” thing to do those days. Hence I became a Computer Engineer and for my Masters I did Software Engineering.

After I became a qualified professional, I got into Software Development in the early 1990s and those days it meant that you had celebrity status at home and outside! I learnt almost every singly programming language there was to learn and became a master coder. But that was all roughly 18 years ago.

Today, I am a Senior Manager, a father, a husband, a son and a grandson. Life has been kind! The ride has been fun! Fingers crossed!